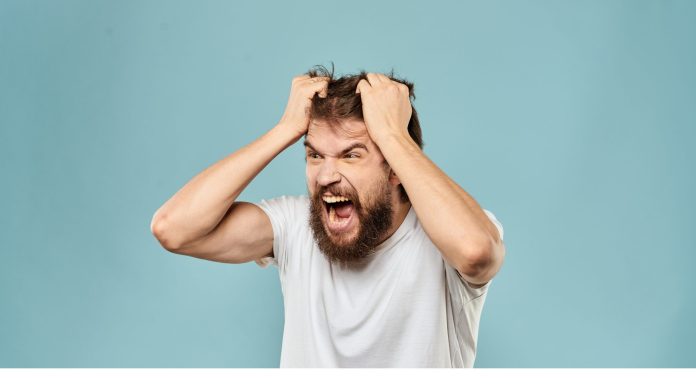 The narcissistic illness causes problems in many areas of life, including relationships, employment, education, and economics. Individuals with narcissistic personality disorder may be generally upset and disappointed if they do not obtain the specific favours or plaudits they believe they deserve. Personal connections may be frustrating for some people, while others may shun them.

Narcissistic personality disorder, one of many different types of psychological diseases, is a mental illness in which people have an excessive sense of their own importance, a great need for admiration and attention, problematic relationships, and a lack of sympathy for others. However, underlying this strong exterior lurks a brittle self-esteem that is susceptible to even the slightest criticism.

Narcissistic personality disorder is characterised by self-centered, arrogant thinking and behaviour, a lack of regard and empathy for others, and an excessive demand for admiration. Another common perception of NPD patients is that they are arrogant, manipulative, narcissistic, pretentious, and demanding. This way of thinking and doing reveals itself in all aspects of the sociopath’s life, from work and acquaintances to family relationships.

Individuals with narcissistic personality disorder are frequently resistant to changing their behaviour when it is causing problems for others. They have a bad tendency of blaming others. Furthermore, they are extremely sensitive and react strongly to even little criticisms, debates, or perceived injustices that they interpret as personal attacks .

Because truth contradicts their grandiose view of themselves, narcissists live in a fantasy world fueled by distortions, self-deception, and magical thinking. People construct up self-serving fantasies of unlimited wealth, power, knowledge, beauty, and perfect love that make them feel extraordinary and in command. Information and points of view that contradict them are ignored or explained away because these fantasies protect people from feelings of hopelessness and shame. Anything that pierces the illusion bubble is met with intense defensiveness or anxiety and depression, if not rage, so those close to the narcissist are trained to tread carefully around their denial of reality.

Grandiosity is a key characteristic of narcissism. Egomania is more than arrogance or conceit; it is an overinflated sense of power. Narcissists believe they are unique or “special,” and that only other exceptional people can comprehend them. Furthermore, they are simply too fantastic for anything substandard or average. Individuals only want to interact with and be related to other people, places, and objects of high status.

Narcissists believe they are superior to others and expect to be acknowledged as such, even though they have done nothing to deserve it. They usually exaggerate or even lie about their achievements and talents.

Narcissists want special attention because they feel they are extraordinary. They genuinely believe that they should be able to have anything they want. They also expect people to immediately respond to their every need and desire. It is their entire value. You are worthless if you do not anticipate and meet their every need. However, if you have the courage to refuse their requests or “selfishly” want anything in exchange, you might anticipate violence, wrath, or the chilly shoulder.

A narcissist’s sense of superiority is analogous to a balloon that gradually loses air unless it is continually inflated by a steady supply of adulation and awards. The infrequent addition is inadequate. Because narcissists want constant stimulation for their egos, they surround themselves with people who are willing to satisfy their obsessive desire for praise. These are truly one-sided alliances. It’s always about what the narcissist has to offer the admirer, not the other way around. The sociopath narcissist interprets any pause or decline in the admirer’s regard and esteem as a betrayal.

When they see someone who appears to have what they don’t, narcissists are scared, especially if the person is confident and renowned. People who do not grovel to them or challenge them in any way also fear them. Anger is their defence mechanism. Tear those people down is one way to eliminate the menace while simultaneously bolstering their own dwindling pride. They may do so condescendingly or dismissively.

as if to demonstrate how little each man meant to him Individuals may resort to insults, bullying, name-calling, and threats to get the other person back into line.

There is no one-size-fits-all treatment for NPD. Some therapy, on the other hand, may help an individual manage the condition and replace negative behavioural features with more positive ones.

When NPD coexists with another disease, such as depression or concern, drugs might help reduce some of the symptoms.

At the time, psychotherapy looks to be the most successful treatment choice. This can be advantageous to a person:

The topic of psychological health Narcissistic personality disorder (NPD) is defined by a high sense of self-importance and a lack of concern for others.

Some NPD symptoms overlap with other personality disorders, making diagnosis challenging. Individuals with NPD typically feel superior to others, can be arrogant, and need a lot of attention.

There is no one-size-fits-all treatment for NPD. Conversation therapy, on the other hand, may help people overcome bad patterns of thought and behaviour. Family and friends of people with NPD can also get assistance.

COSMETIC PROCEDURES EXPECTED TO TREND IN 2023